More software projects have gone awry for lack of calendar time than for all other causes combined. Why is this cause of disaster so common?

First, our techniques of estimating are poorly developed. More seriously, they reflect an unvoiced assumption which is quite untrue, i.e., that all will go well.

Second, our estimating techniques fallaciously confuse effort with progress, hiding the assumption that men and months are interchangeable.

Third, because we are uncertain of our estimates, software managers often lack the courteous stubbornness of Antoine’s chef.

Fifth, when schedule slippage is recognized, the natural (and traditional) response is to add manpower. Like dousing a fire with gasoline, this makes matters worse, much worse. More fire requires more gasoline, and thus begins a regenerative cycle which ends in disaster.

Schedule monitoring will be the subject of a separate essay. Let us consider other aspects of the problem in more detail.

All programmers are optimists. Perhaps this modern sorcery especially attracts those who believe in happy endings and fairy godmothers. Perhaps the hundreds of nitty frustrations drive away all but those who habitually focus on the end goal. Perhaps it is merely that computers are young, programmers are younger, and the young are always optimists. But however the selection process works, the result is indisputable: “This time it will surely run,” or “I just found the last bug.” So the first false assumption that underlies the scheduling of systems programming is that all willgo well, i.e., that each task will hike only as long as it “ought” to take.

The pervasiveness of optimism among programmers deserves more than a flip analysis. Dorothy Sayers, in her excellent book, The Mind of the Maker, divides creative activity into three stages: the idea, the implementation, and the interaction. A book, then, or a computer, or a program comes into existence first as an ideal construct, built outside time and space, but complete in the mind of the author. It is realized in time and space, by pen, ink, and paper, or by wire, silicon, and ferrite. The creation is complete when someone reads the book, uses the computer, or runs the program, thereby interacting with the mind of the maker.

This description, which Miss Sayers uses to illuminate not only human creative activity but also the Christian doctrine of the Trinity, will help us in our present task. For the human makers of things, the incompletenesses and inconsistencies of our ideas become clear only during implementation. Thus it is that writing, experimentation, “working out” are essential disciplines for the theoretician.

In many creative activities the medium of execution is intractable. Lumber splits; paints smear; electrical circuits ring. These physical limitations of the medium constrain the ideas that may be expressed, and they also create unexpected difficulties in the implementation.

Computer programming, however, creates with an exceedingly tractable medium. The programmer builds from pure thought-stuff: concepts and very flexible representations thereof. Because the medium is tractable, we expect few difficulties in implementation; hence our pervasive optimism. Because our ideas are faulty, we have bugs; hence our optimism is unjustified.

In a single task, the assumption that all will go well has a probabilistic effect on the schedule. It might indeed go as planned for there is a probability distribution for the delay that will be encountered, and “no delay” has a finite probability. A large programming effort, however, consists of many tasks, some chained end-to-end. The probability that each will go well becomes vanishingly small. 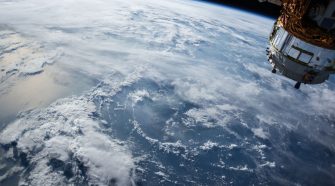 No Silver Bullet: Essence and Accidents of Software Engineering