A Theory Of The Learnable

Humans appear to be able to learn new concepts without needing to be programmed explicitly in any conventional sense. In this paper we regard learning as the phenomenon of knowledge acquisition in the absence of explicit programming. We give a precise methodology for studying this phenomenon from a computational viewpoint. It consists of choosing an appropriate information gathering mechanism, the learning protocol, and exploring the class of concepts that can be learned using it in a reasonable (polynomial) number of steps. Although inherent algorithmic complexity appears to set serious limits to the range of concepts that can be learned, we show that there are some important nontrivial classes of propositional concepts that can be learned in a realistic sense.

Computability theory became possible once precise models became available for modeling the commonplace phenomenon of mechanical calculation. The theory that evolved has been used to explain human experience and to suggest how artificial computing devices should be built. It is also worth studying for its own sake.

The commonplace phenomenon of learning surely merits similar attention. The problem is to discover good models that are interesting to study for their own sake and that promise to be relevant both to explaining human experience and to building devices that can learn. The models should also shed light on the limits of what can be learned, just as computability does on what can be computed.

In this paper we shall say that a program for performing a task has been acquired by learning if it has been acquired by any means other than explicit programming. Among human skills some clearly appear to have a genetically preprogrammed element, whereas some others consist of executing an explicit sequence of instructions that has been memorized. There remains a large area of skill acquisition where no such explicit programming is identifiable. It is this area that we describe here as learning. The recognition of familiar objects, such as tables, provides such examples. These skills often have the additional property that, although we have learned them, we find it difficult to articulate what algorithm we are really using. In these cases it would be especially significant if machines could be made to acquire them by learning.

This paper is concerned with precise computational models of the learning phenomenon. We shall restrict ourselves to skills that consist of recognizing whether a concept (or predicate) is true or not for given data. We shall say that a concept Q has been learned if a program for recognizing it has been deduced (i.e., by some method other than the acquisition from the outside of the explicit program).

The main contribution of this paper is that it shows that it is possible to design learning machines that have all three of the following properties:

1. The machines can provably learn whole classes of concepts. Furthermore, these classes can be characterized.

2. The classes of concepts are appropriate and nontrivial for general-purpose knowledge.

3. The computational process by which the machines deduce the desired programs requires a feasible (i.e., polynomial) number of steps.

A learning machine consists of a learning protocol together with a deduction procedure. The former specifies the manner in which information is obtained from the outside. The latter is the mechanism by which a correct recognition algorithm for the concept to be learned is deduced. At the broadest level, the suggested methodology for studying learning is the following: Define a plausible learning protocol, and investigate the class of concepts for which recognition programs can be deduced in polynomial time using the protocol.

Next Mathematical Model Reveals The Patterns Of How Innovations Arise 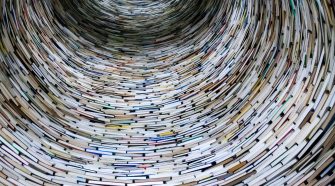