UNIX is a general-purpose, multi-user, interactive operating system for the Digital Equipment Corporation PDP-11/40 and 11/45 computers. It offers a number of features seldom found even in larger operating systems, including: (1) a hierarchical file system incorporating demountable volumes; (2) compatible file, device, and inter-process I/O; (3) the ability to initiate asynchronous processes; (4) system command language selectable on a per-user basis; and (5) over 100 subsystems including a dozen languages. This paper discusses the nature and implementation of the file system and of the user command interface.

There have been three versions of UNIX. The earliest version (circa 1969–70) ran on the Digital Equipment Corporation PDP-7 and -9 computers. The second version ran on the unprotected PDP-11/20 computer. This paper describes only the PDP-11/40 and /45 [l] system since it is more modern and many of the differences between it and older UNIX systems result from redesign of features found to be deficient or lacking.

Since PDP-11 UNIX became operational in February 1971, about 40 installations have been put into service; they are generally smaller than the system described here. Most of them are engaged in applications such as the preparation and formatting of patent applications and other textual material, the collection and processing of trouble data from various switching machines within the Bell System, and recording and checking telephone service orders. Our own installation is used mainly for research in operating systems, languages, computer networks, and other topics in computer science, and also for document preparation.

Perhaps the most important achievement of UNIX is to demonstrate that a powerful operating system for interactive use need not be expensive either in equipment or in human effort: UNIX can run on hardware costing as little as $40,000, and less than two man years were spent on the main system software. Yet UNIX contains a number of features seldom offered even in much larger systems. It is hoped, however, the users of UNIX will find that the most important characteristics of the system are its simplicity, elegance, and ease of use.

There is also a host of maintenance, utility, recreation, and novelty programs. All of these programs were written locally. It is worth noting that the system is totally self-supporting. All UNIX software is maintained under UNIX; likewise, UNIX documents are generated and formatted by the UNIX editor and text formatting program

Next What Makes Smart Phones Smart? 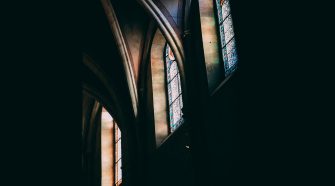 The Cathedral And The Bazaar