“Meaning” may be assigned to a string in a context-free language by defining “attributes” of the symbols in a derivation tree for that string. The attributes can be defined by functions associated with each production in the grammar. This paper examines the implications of this process when some of the attributes are “synthesized”, i.e., defined solely in terms of attributes of the descendants of the corresponding nonterminal symbol, while other attributes are “inherited”, i.e., defined in terms of attributes of the ancestors of the nonterminal symbol. An algorithm is given which detects when such semantic rules could possibly lead to circular definition of some attributes. An example is given of a simple programming language defined with both inherited and synthesized attributes, and the method of definition is compared to other techniques for formal specification of semantics which have appeared in the literature.

A simple technique for specifying the “meaning” of languages defined by context-free grammars is introduced in Section 1 of this paper, and its basic mathematical properties are investigated in Sections 2 and 3. An example which indicates how the technique can be applied to the formal definition of programming languages is described in Section 4, and finally, Section 5 contains a somewhat biased comparison of the present method to other known techniques for semantic definition. The discussion in this paper is oriented primarily towards programming languages, but the same methods appear to be relevant also in the study of natural languages.

Next The UNIX TimeSharing System 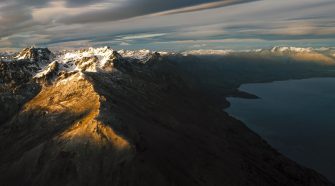 Talk Does Not Maketh Software